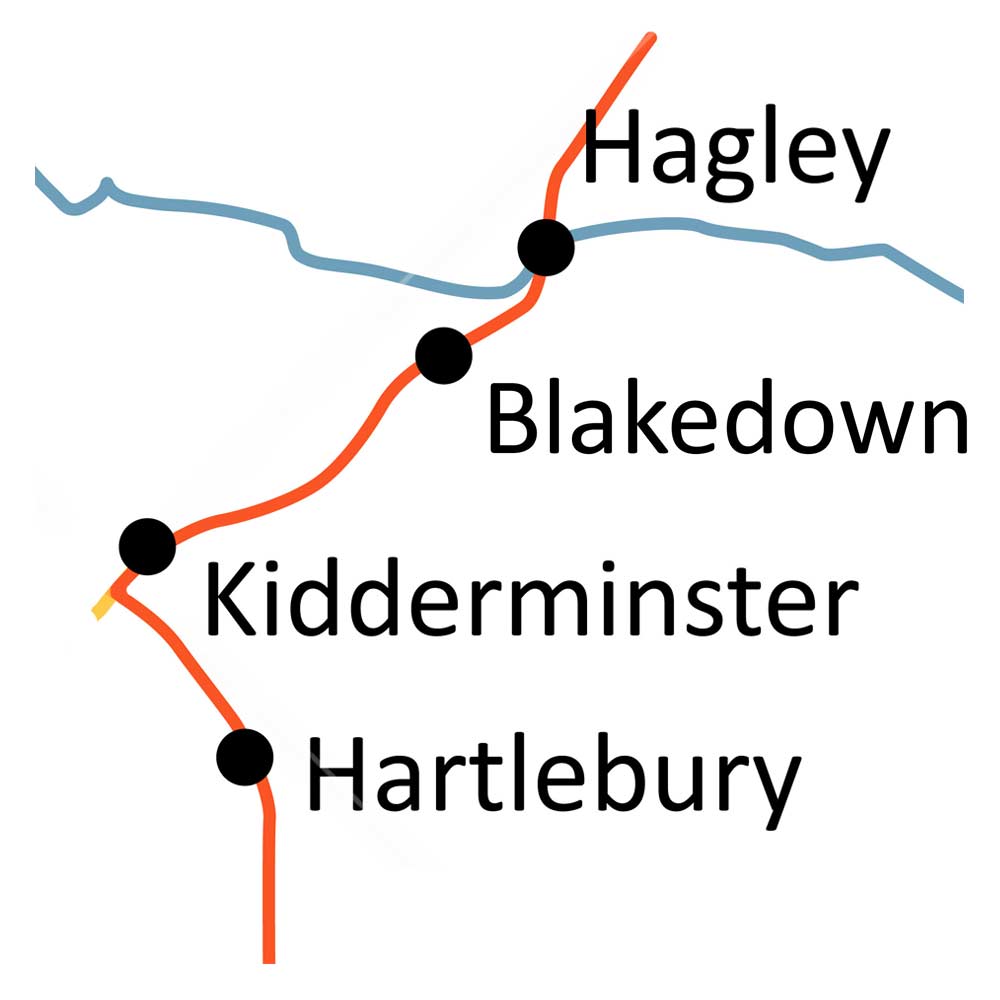 The line from Hagley to Droitwich Spa forms part of the route from Great Malvern to the West Midlands. 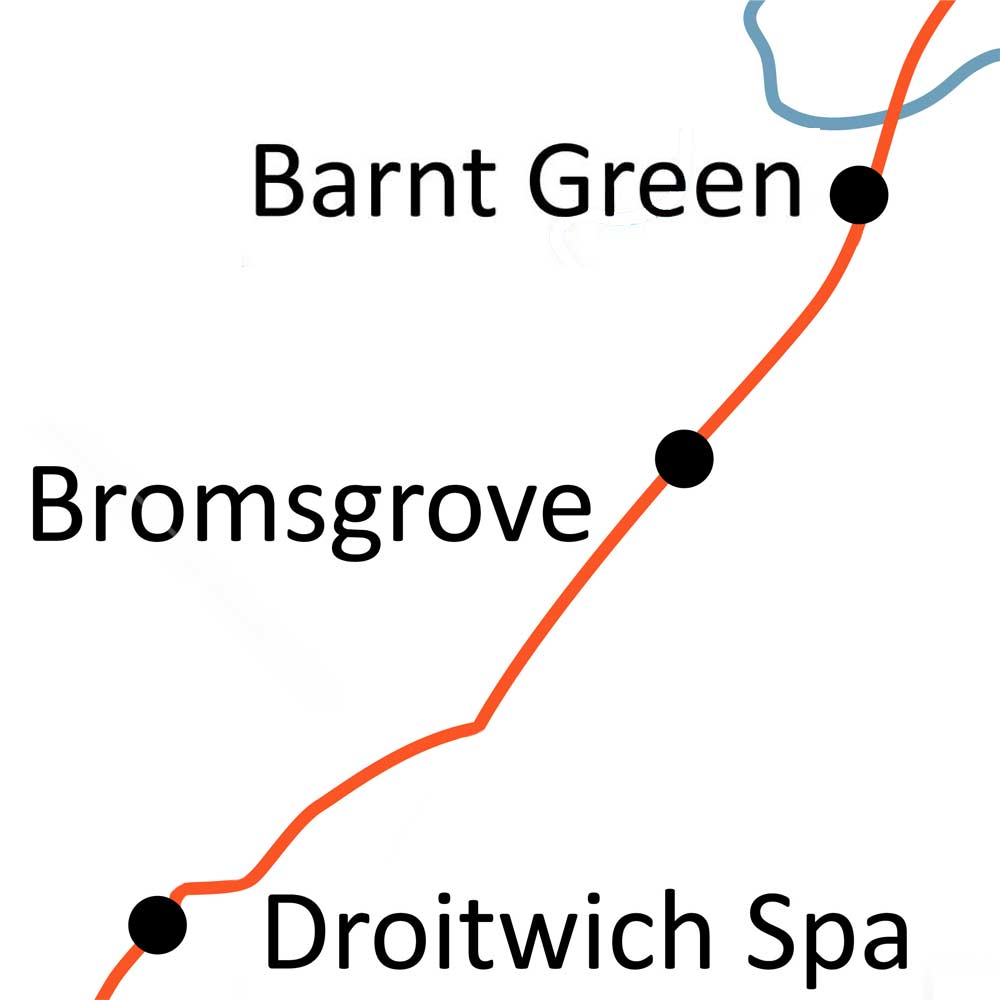 The line from Barnt Green to Droitwich Spa is part of the Worcester to Birmingham New Street route. 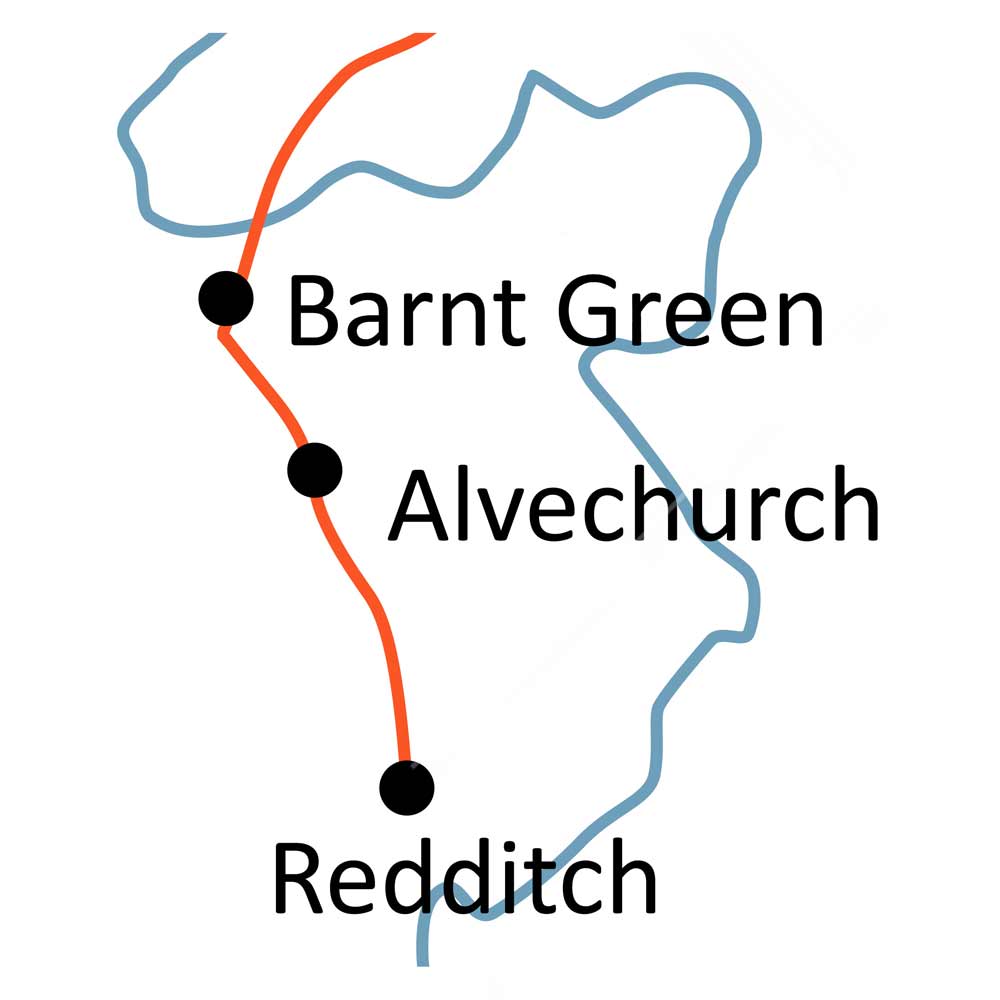 The line from Barnt Green to Redditch is part of the CrossCity South commuter network.

Worcestershire Community Rail Partnership have announced the three winners from their Name the Line competition.

The line to Droitwich Spa via Bromsgrove to Barnt Green was named by Sue Lloyd and her winning suggestion was the Saltway Line. The Wyre Valley Line was named by Peter McNougher and covers the route serving the towns of Hagley, Blakedown, Kidderminster and Hartlebury. Last, but by no means least, is the line including the stations of Barnt Green, Alvechurch and Redditch which has been named the Arrow Valley Line by Margaret Evans. The winners were announced at Worcester Guildhall during the Rail Partnership’s second Anniversary event on Friday 12th November. They received a commemorative memento from Alan Amos, Worcestershire County Council Cabinet member for Transportation.

The Worcestershire Community Rail Partnership are working with local communities to create Station Adoption Groups of volunteers who enhance station environments and build local pride in the facilities. One of the latest groups is the Friends of Droitwich Spa Railway Station who started in May and have already cleared and planted flowers in the flower beds and have exciting plans to make the station a more warming and friendly environment to catch a train.