Kidderminster station serves the bustling market town of Kidderminster in the Wyre Forest district of Worcestershire.

The former industrial town was made famous by its quality woven carpets and is also notable as the birthplace of Sir Rowland Hill, founder of the Penny Post. It was first mentioned by name in the Domesday Book. A fair was recorded in 1228 and a market in 1240. A Royal Charter was granted in 1636.

The station is staffed and is situated on the line from Droitwich through to the West Midlands. The station opened in 1852. The building opened on the site in 2020 will be the fifth version of the station to serve the town. The most unusual iteration was the mock-Tudor building which served from 1863 to 1968.

The approach to the station is shared with that to the heritage railway station serving the Severn Valley Railway, named Kidderminster Town as it 50 metres closer to the town centre.

Both platforms are accessible – there is a lift to the Worcester-bound platform. 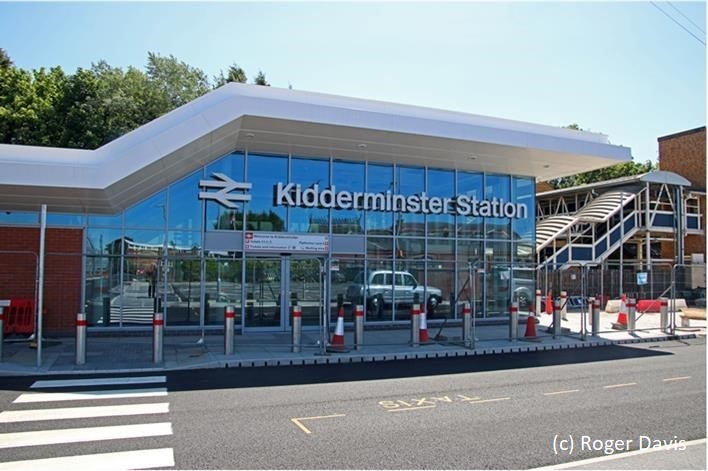 The Severn Valley Railway has expressed an interest in being the lead Community Group for adoption purposes. Contact has been made with the Kidderminster Business Improvement District whose area reaches up Comberton Hill to the Station Approach.

Tony Woodward represents the station on the CRP Steering Group.

The bus stops are at the top of the Station Approach

The Museum of Carpet (5 mins walk)